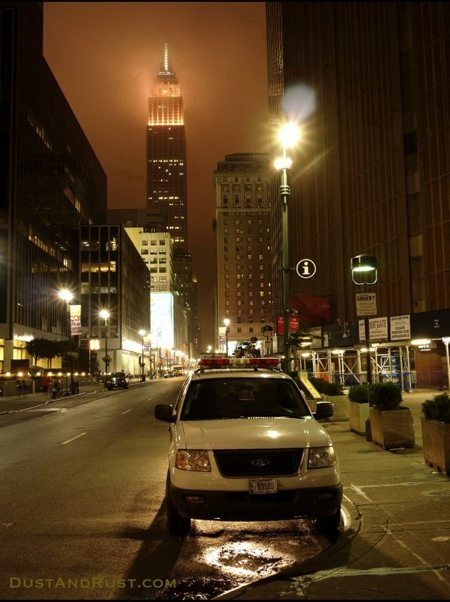 I went to go see “The Exorcist” director’s cut at the 34th Street AMC. When I came out of the theater around 10pm, this was the view from the corner of 8th and 34th. The wind was blowing hard, and a light mist was falling. The clouds kept hiding the very top of the building, so it took a while to get the shot I wanted. I turned the GF1 on it’s side and braced it against a bicycle shelter. The exposure times were about 3 or 4 seconds. I have a Hoya HMC 1b Skylight filter on the GF1 most of the time (it’s my lens cap at this point) . It caused a lot of ghosting problems because of the bright street lights, and I had to remove it. There is still some flare from the “naked” 20mm, but its much better than the shots with the filter on.

The photo in this post was edited on my iPad using Photogene for the main edits, and Filter Storm for the watermark and uploading. This is the first editing experience using these tools that gave me some frustration. When I tried to tweak the contrast, banding became visible in the clouds quite quickly. Also, the jpeg blocking artifacts are very visible, even in the small version of the shot. Part of the problem lies in the fact that there is no true raw editing software for the iPad. I also think that Filter Storm is being too aggressive in its jpeg compression. I’m really not looking for miracles from the iPad… its for quick review and editing for blog posts, not high quality prints.

I’m going to re-edit the raw version of the image in Lightroom and I’ll repost the results. It will hopefully look more like the dramatic scene i was trying to capture. 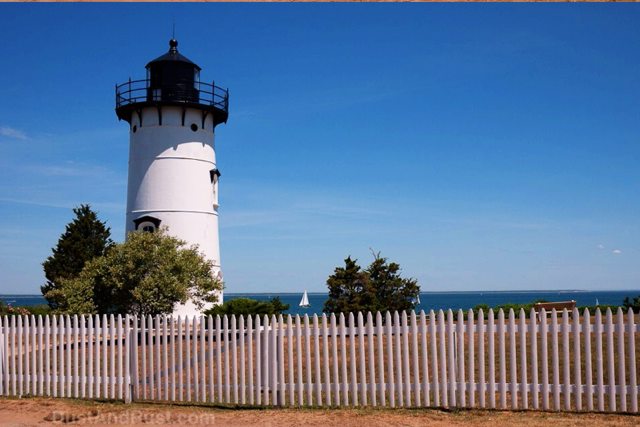 My wife and I took a short break at Martha’s Vineyard this summer. We came across the Eastchop (aka Telegraph Hill ) Lighthouse on one of our walks. We had a nice relaxing stay… bike riding, kayaking, walking and of course, eating.

This shot was taken with the Panasonic GF1 and 20mm lens. I did the post-processing in Photogene on my iPad during my morning train commute a few days ago.